Giorgio Di Palma was born in Grottaglie in 1981. He graduated in Archaeology and worked as a computer technician in Budapest. While in the morning he used to solve other people’s computer problems, during the night he started painting. In 2009, he decided to go back home and to transfer his dreams from paper to ceramic. He has been working with ceramics since 2010, without focusing on the technique and always avoiding to give his objects a real function. He produces ceramic items which aren’t needed. In an era of excess and wastefulness, his aim is to create objects fallen into disuse since their origins, useless, but impossible to leave behind. They will outlive us, because they are made of terracotta, hence immortal. Through a special time machine called ceramics he enjoys transforming the useless in eternal and consecrating the moment. 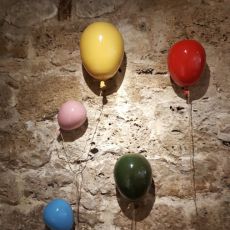 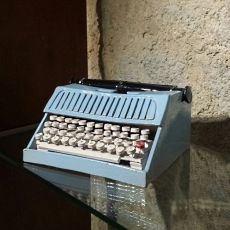 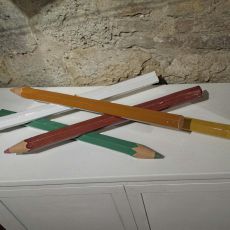